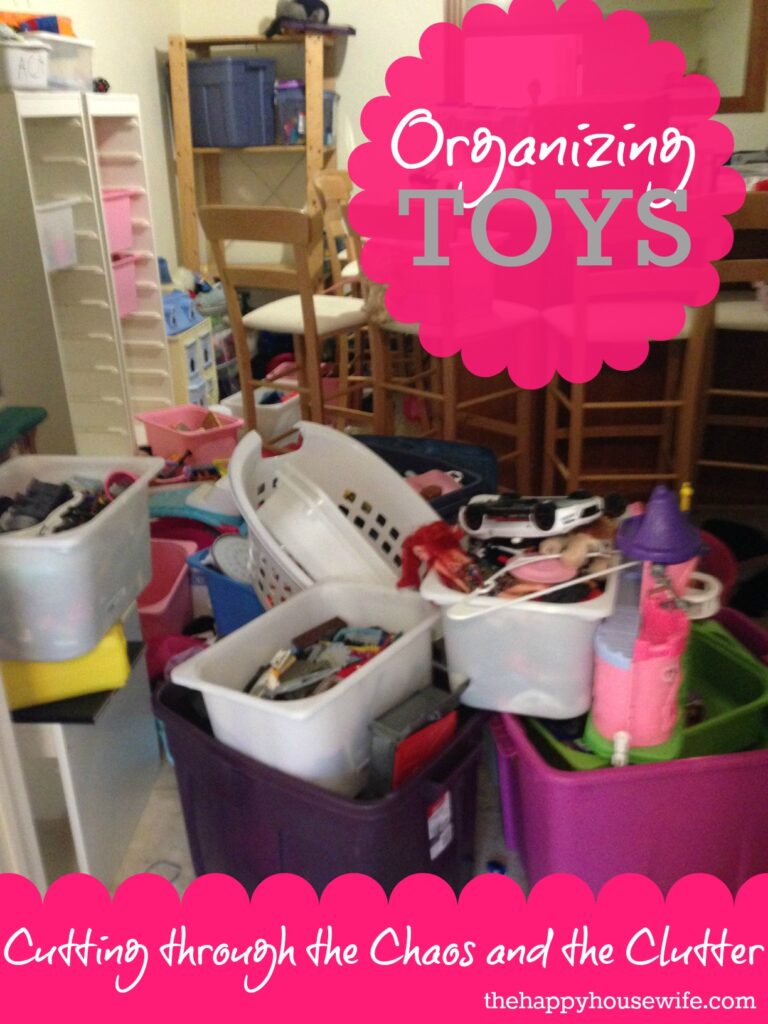 Do you have suggestions for kids toys? How long do you keep a toy? How many toys should they have? What about if you have multiple age levels of kids, how do you handle toys that are too little for the older kids, but too old for the younger kids?

Kid’s toys…. I knew I’d have to tackle this question sooner or later. I’ll be the first to admit my kids have too many toys. We only buy toys on their birthdays or Christmas, but they seem to multiply overnight and take over my home on a daily basis.

Last year I decided to clean out the toy room because I had let it go for several weeks. You know those days where it is easier to close the door than deal with the mess? I had a about thirty of those days in a row.

It was awful! I even found a container of ice cream in an old backpack in the playroom. UGH! 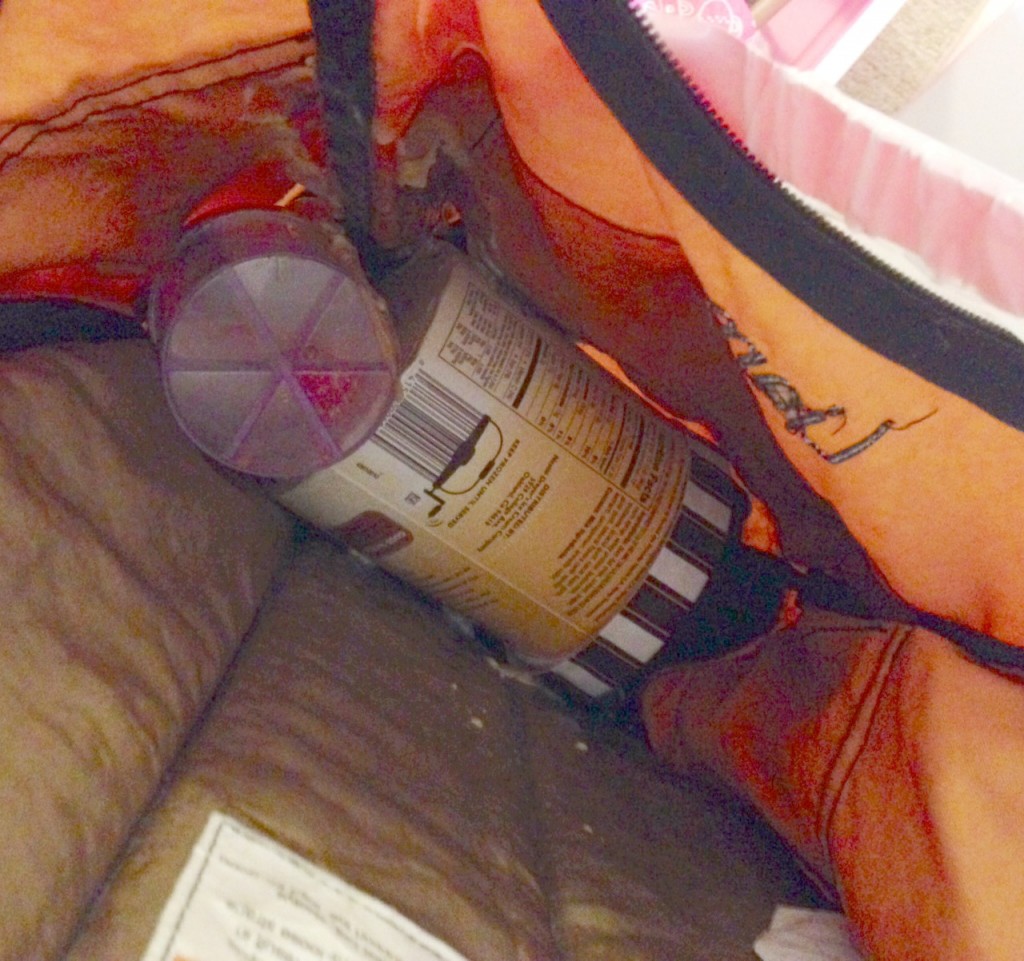 And yes, it was even grosser than it looks in that photo. Blech!

It took us two days to get the toy room cleaned up. I realized that I wouldn’t win the war on toys unless I was willing to fight the battle every day. Here are some of the things we do now to keep our toys in check.

How long to do you keep a toy?

Depends. We don’t have any babies in our house so I gave away most of our baby toys. I keep one bin of baby friendly toys to pull out when we have visitors. I tend keep toys until my kids outgrow them (and there isn’t another kid waiting to inherit it) or until they break.

However, I get rid of toys that appear in our house randomly (after trying to find the owner) and toys that do not get played with for extended periods of time. Unless the toy is really awesome, then I struggle.

For example, years ago I splurged and purchased my kids two very nice marble runs. My older kids played with them all the time. After a while they outgrew them and my younger children were not interested in marble runs, at all.

I’ve debated getting rid of the sets for a few years (every time we moved). I kept them because I thought the toys were valuable. Finally a few weeks ago my younger kids pulled them out and have been playing with them all the time.

Toy Tip: Rotate toys in bins every six months. Store half the toys and if they aren’t requested on a regular basis, it might be time to get rid of them.

How many toys should they have?

I’ve never known any child in America to have too few toys. I’m sure there are a few, but if you have a computer and internet to read this post your child probably has too many toys.

Toy Tip: I believe the more toys a child has, the less likely they are to play with any of them. I’d rather invest in a few good quality toys that get played with all the time, rather than purchase inexpensive toys that are just junk.

How do you handle toys that are too little for the older kids, but too old for the younger kids?

I keep one to three big rubbermaid storage bins in my basement or garage with good quality toys. When my younger kids are old enough to enjoy those toys I see what toys we already have and then make a decision as to whether we will keep or pass along those toys in storage.

I’m pretty picky about what I store, so most of the time we use those toys eventually.

Toy Tip: Toys are in ample supply at yard sales and consignment shops so don’t feel like you need to save everything. You can probably replace most toys for cheap, so if space is at a premium in your house pass along the toys and replace them in a few years.

What do you do with big kid toys when you have a baby or a toddler?

Once we got to the point when we had older kids and babies, all the big kids toys (Legos and Playmobil) went into their bedroom in totes. They could play with them in their room or bring them out into the main area when the baby was napping.

Toy Tip: Create safe spaces for your older kids to build and create and keep toddler friendly toys easily accessible for the little ones.

One easy way to keep toys organized is to store them in clear bins. Mom and kids can view the toys and it is easy to pull out the right bin quickly. 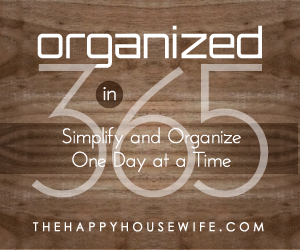 5shares
« What to do With All that Clutter
Organizing with Binders: Clean Home, Fresh Start »