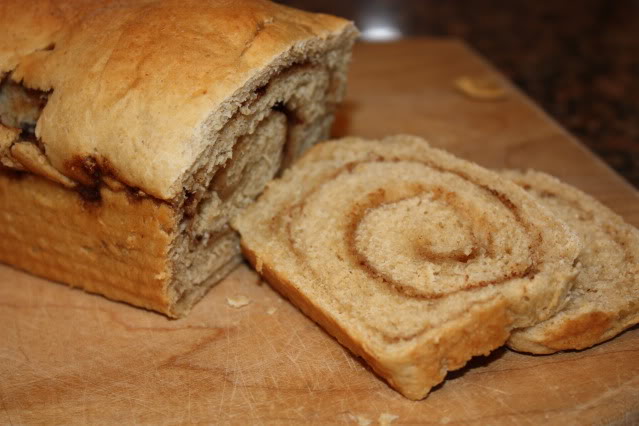 This bread is so delicious, I made it for French toast, but it tastes quite good with some butter and a glass of milk. There are three variations of this bread. The first would be to omit the swirl. Second, follow swirl directions but instead of using butter, brown sugar and cinnamon, just use cinnamon. The third option is the one below. This bread is very, very sweet, and I would recommend using the butter/sugar swirl combination if you plan on cooking the bread a second time, either in a casserole or French toast.

This is a heavy bread. It will not rise like a typical loaf of bread, but it should at least double in the loaf pan before baking.
« Food Storage – Explained
Ice Cream Cookie Cake ~ Easy and Delicious »