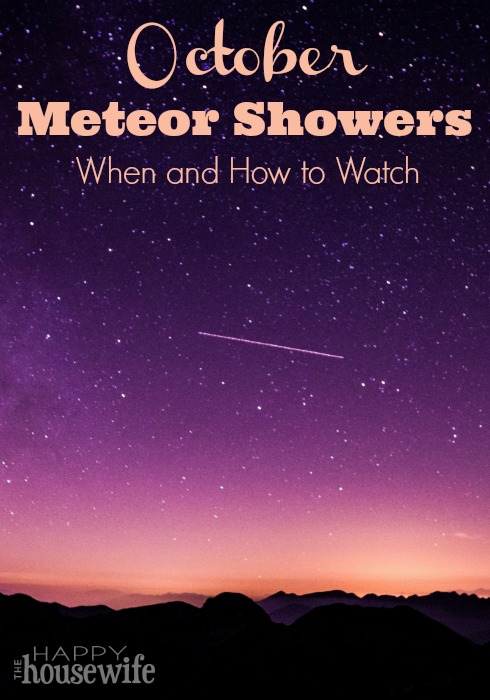 There is something about gazing up at the night sky. It’s so peaceful, serene, and awe-inspiring. Fall is the perfect time of year for star-gazing. The cool, crisp nights make for clear skies and great views of some summer and winter constellations.

October night skies have more than just constellations to find. Both the Draconid and Orionid meteor showers are in view during October, which is exciting for me. I just love a good meteor shower!

I bundle up the kids, pack some hot chocolate and a blanket, and head out to our meteor watching spot. It makes for good science and great family memories.

The Draconid meteor shower occurs each October.  It will peak this year on October 9th although the dark skies caused by the new moon on October 13th may make for some good meteor viewing.

This meteor shower is created when the Earth passes through the dust debris left by Comet 21 P/ Giacobini-Zinner. The resulting meteor shower seems to radiate from the constellation Draco the Dragon, hence the name Draconid.

This year, the Draconid meteor shower may not be as spectacular as it has been in the past. Astronomers are only expecting 5 or 6 per hour, but you never know. Things may change. This shower has been unpredictably active in the past. 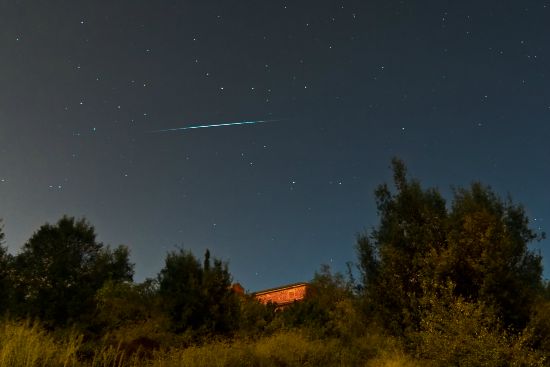 The Orionid Meteor Shower is the second meteor shower that can be seen in October, peaking on the night of October 20th. This shower is caused by the Earth passing through the tail of Halley’s Comet. As the name suggests, the Orionids seem to radiate from the constellation Orion.

This year you can see the Orionid meteor shower the best from midnight to dawn (October 21). Astronomers project 20 meteors per hour.

How To View A Meteor Shower

For the best opportunity to see a meteor shower, follow these simple tips:

Head outside this October for some quality family time watching nature’s own fireworks!