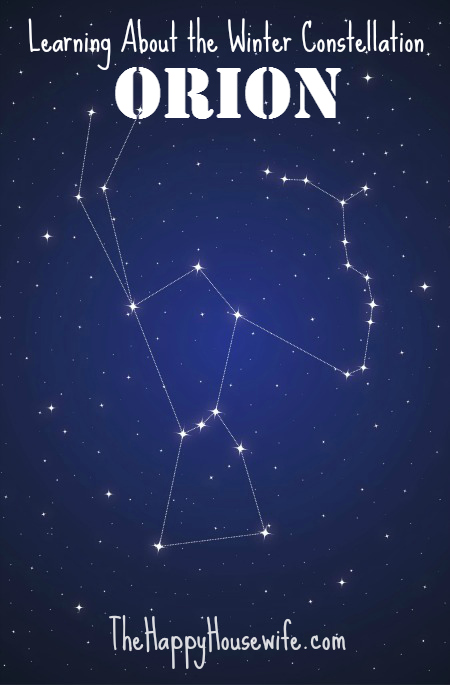 Winter is a great time for stargazing. The crisp, dry winter air makes the skies brilliantly clear, and the stars easy to see. It is a great time to learn about the night sky and the celestial bodies that roam them.

Even a novice stargazer can pick out Orion. If you live in the Northern Hemisphere, the three stars of Orion’s belt are easy to see in the southeastern sky in the early evening hours. The stars that make up Orion’s shoulders and legs branch out above and below the belt in an hour glass shape.

The constellation Orion was named after a character in Greek mythology – Orion, the hunter. There are many versions of the Orion story. 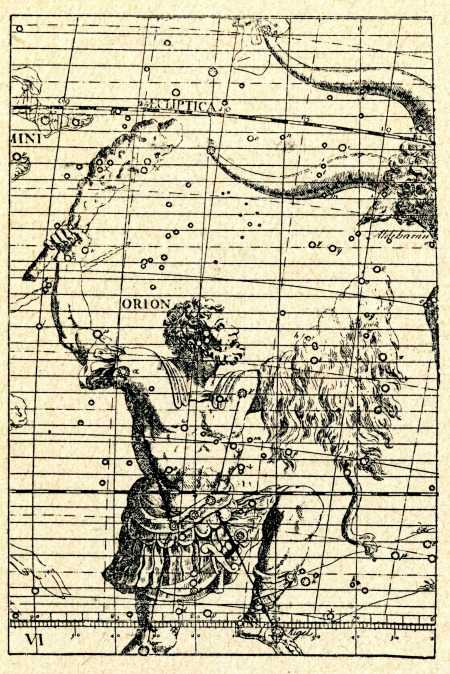 One tells the tale of a great hunter who let his ego get the best of him. He bragged that he could kill all the beasts of the Earth, so the Earth Goddess sent a lowly scorpion to bite and kill him. Zeus then placed him in the night sky to hunt and to run from the scorpion. (The constellation Scorpio can also be seen in the winter night sky.)

Another Orion story tells of his love for Artemis, the goddess of hunting. Her brother Apollo disapproved of this relationship. While Orion was swimming in the ocean, Apollo dared Artemis to hit a distant, small object in the ocean with her bow and arrow. Not knowing it was Orion, Artemis killed him with a single shot. Upon learning of Orion’s death, a devastated Artemis placed him among the stars.

The constellation of Orion contains some very interesting celestial bodies. Two of the brightest stars in the winter night sky and a star nursery of sorts are found in the Orion constellation.

Betelgeuse is a red supergiant, the largest classification of stars. According to Space.com, Betelgeuse’s size changes constantly. It measures anywhere between 550 to 920 times the sun’s diameter.

Rigel is a blue super giant. It is much larger than our sun and burns much hotter. This makes it up to 100,000 times brighter than our sun. 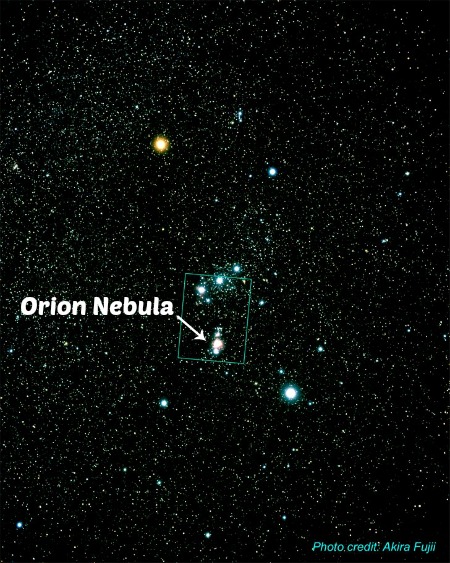 If you look at the entire constellation of Orion, there is a glow in the center of the sword. This is not a star. This is the Great Orion Nebula, a cloud of glowing gas where stars are born.

Take the kids out and let them gaze at the stars. Tell them the story of Orion, the hunter. Point out the super giant stars and the glowing nebula. See what sparks their interest.

Here are some directions you might take to study more after your winter stargazing:

Ready to stargaze with your kids?