It seems like everyone has an opinion on picky eaters. This post is not trying to change anyone’s mind or make anyone feel like less of a parent because they do things differently.

Here are some ideas that have worked for my family. 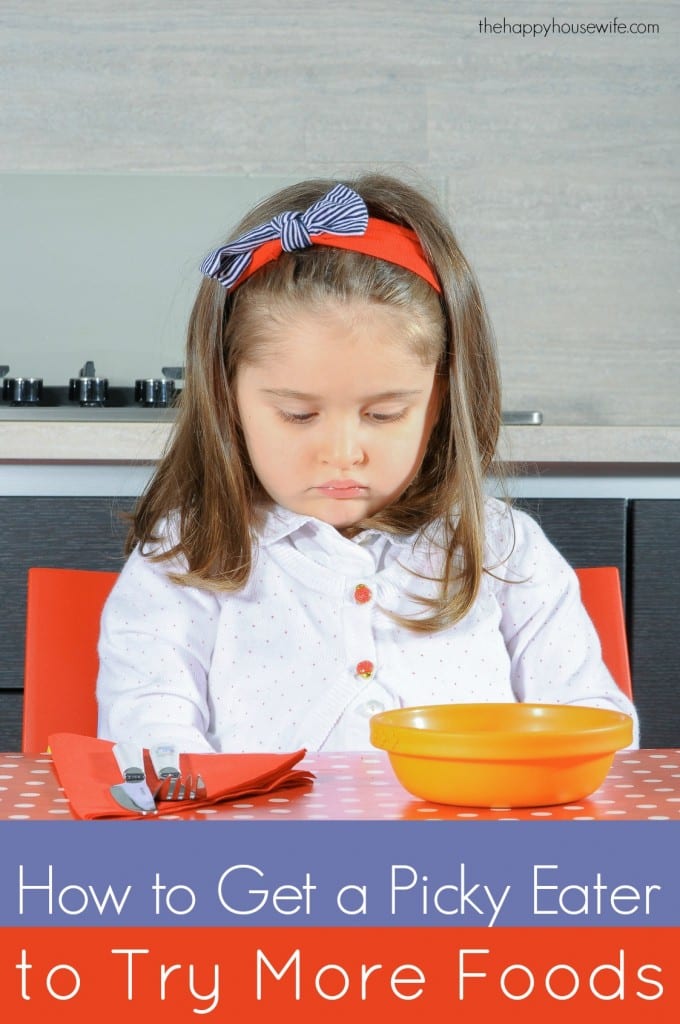 If you have something that has worked for your family please share it in the comments or on Facebook.

A question from a reader

Do all of your 7 kids eat everything you make?? no sneaky eaters?? kudos to you..7 kids!
please let me know your secret to keeping them all happy!!

I cook simple meals without a lot of exotic ingredients. A few of my kids are pickier than the others. I have one that doesn’t like tacos. But he eats them. He won’t have seconds, but he eats enough so that he isn’t starving before the next meal.

No sneaky eaters? I am not sure what a sneaky eater is, but I am assuming it is when the kids are sneaking food between meals? I have one sneaky eater, she is three.

There are consequences for getting food out of the pantry or fridge without permission when you are three years old. In our house fruits and veggies are always allowed. My kids know that at any time they can grab a banana, apple, carrot sticks, etc… No permission needed.

My kids are NOT always happy! They don’t always love the meals I prepare and I can live with it.

In life, they will be given things to do and overcome that do not make them happy. Learning to eat things they don’t love is just one step in their journey to adulthood. Personally, I dislike tomatoes and mushrooms. But, if I am out and they are served to me I can swallow them with a smile. That is just part of life.

From the time they are young they are given a wide variety of foods. I don’t serve baby food, but prefer to feed my kids right from my plate. If they don’t like it I try again, and again, and again. Most of the time, they either learn to like it or at least learn how to tolerate it.

If my kids don’t like something, for example green beans, they are still required to try a green bean if it is served. That is it, one green bean. I don’t heap their plate full of something they dislike. That is why I usually serve two vegetables at dinner. I know what my kids prefer and serving two vegetables gives everyone a serving of at least one vegetable they really like.

Exception to the above policy: Occasionally I have a child who comes across a food in which the texture is the issue, not the taste. Years ago I had a child who would gag on grapes. After gagging twice (I wanted to be sure he wasn’t being dramatic) he didn’t have to eat grapes again… for the rest of his life.

But three years later he tried a grape, on his own, and didn’t gag. So now he will eat them, although they aren’t his favorite. If a particular food causes a physical issue with a child they do not have to eat it.

Sometimes (and this happens more often than not) after months or years of eating one green bean, or carrot, or black bean, or whatever, the child decides they actually like the food.

But, they would have never known that they liked it, had they not continued to try it over and over. This happened just recently with watermelon. I have one child who loves watermelon, the rest of us could take it or leave it.

I continued to give a small piece to my girls whenever I would serve watermelon and now they both love it. It took about a year, but their tastes changed and now they love it when I bring home a watermelon.

If a child chooses not to try what they have been served, they do not get seconds on anything else. Last week we ate jambalaya. My three year old picked out the sausage but wouldn’t eat the rice. After everyone else had finished their meals, they were having apples and oranges for dessert. The three year old wanted an apple, but I wouldn’t let her have one until she took one bite of the rice. Finally, she took a bite of the rice, then ate three or four more bites of the rice. She didn’t love it (it was a bit spicy) but she tried it and then happily ate an apple.

Finally, there is a give and take in my house. Each week my menu includes a favorite meal requested by each of my children. For example last week our dinners were:

The kid that doesn’t like cabbage received a serving with less cabbage, the shrimp hater ate more chicken, and the kid that didn’t like it ate just enough to make it until breakfast. Although last week two of my kids who thought they didn’t like it had seconds because I changed the recipe just a bit. They also filled up on any assorted fruits or veggies.

I make stir fry every six weeks because it is not a popular dish around here. So even though they suffered through it last week than dined on pizza, chicken legs, and venison which they all love.

One trick I found to help my kids eat and try new things is to allow them to season the food according to their tastes. My one child who doesn’t like stir fry will eat it if it has ranch dressing on it. Ewwwwww! But he likes it so he is allowed to eat it with ranch. If using ketchup, ranch, garlic or some other sauce or seasoning gives my children incentive to eat something that works for me!

Finally, no drama allowed during dinner. I had a few children who would become especially overwrought at the prospect of trying something new or tasting something they didn’t think they liked.

This type of behavior is unacceptable. Children that throw fits at the dinner table are removed from the table and sit on their bed until they decide to behave appropriately. Most of the time they settle down after a few minutes, return to the table, and finish dinner. 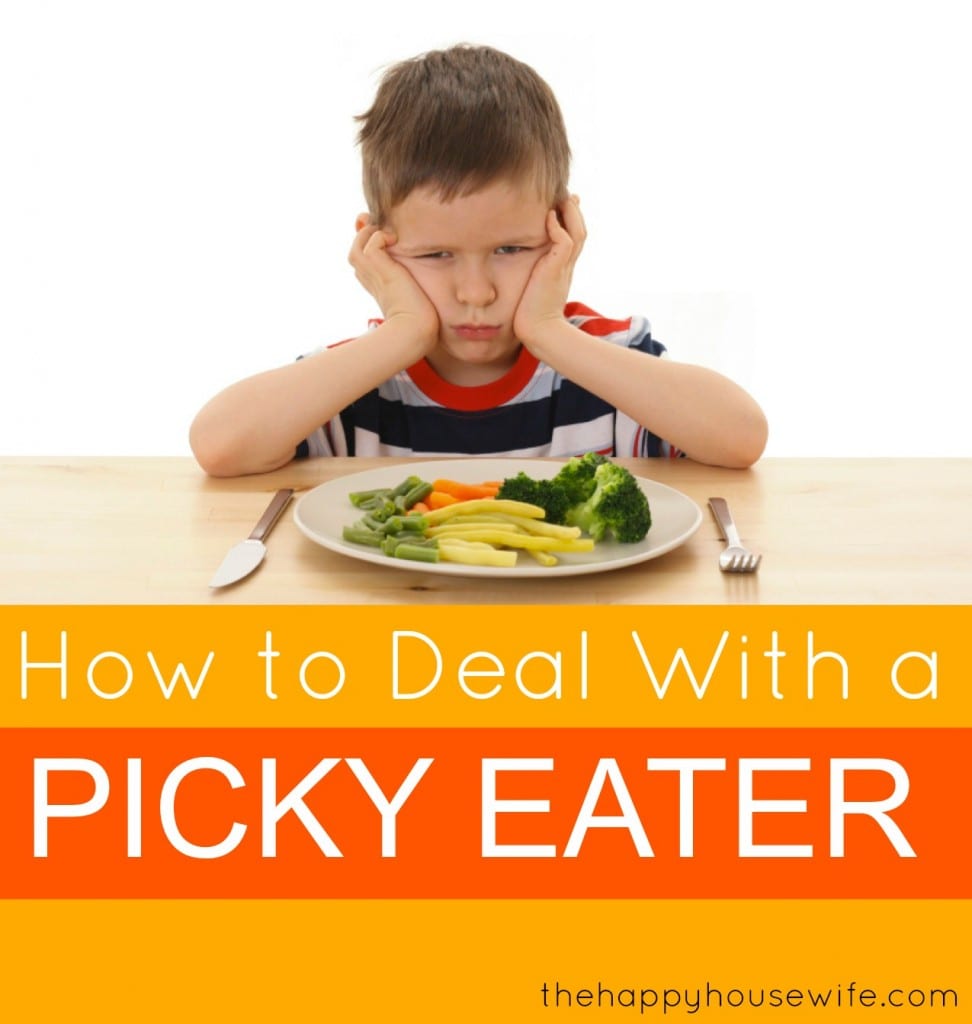 For more help on dealing with picky eaters check out my ebook on Amazon.com, The Happy Housewife’s Guide to Dealing with Picky Eaters