Once my kids were older and I didn’t have toddlers melting down at dinnertime I stopped freezer cooking. However, after way too many meals of frozen pizza or spaghetti, I realized that even though my kids were older, our nights were even busier than ever and meals in the freezer could be the perfect solution. 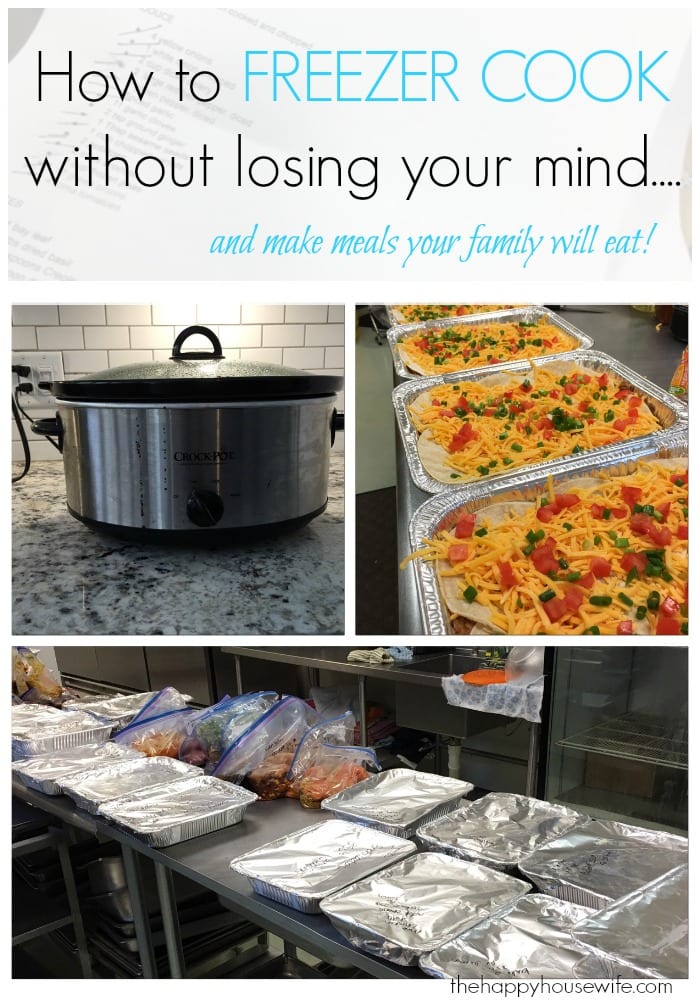 One thing I never liked about freezer cooking was that it took the entire day and I was always exhausted and didn’t want to look at a single foil casserole pan for the rest of my life. When my friend suggested doing it together, it seemed like a great idea.

Now, after having done it I don’t think I’ll ever freezer cook alone again. It was less work, more fun, and I ended up with 2x the meals.

In this post I’m sharing what worked for us. Feel free to try it our way, or modify it to fit your own schedule, budget, and personal taste.

My friend and I decided to each pick ten recipes that we knew would freeze well. Before we went scouring the internet for recipes we shared food preferences and allergies. I highly recommend finding a friend who has roughly the same budget, preferences, family size and dietary restrictions that you do.

After chatting we decided that we wanted healthier meals with meat and we didn’t have any dietary restrictions or allergies. We each would come up with ten recipes and then “approve” them and go from there.

We each took the ingredients from our ten recipes and made a shopping list. We then combined the two lists. This is a little tricky. We decided that we would purchase as much in bulk as possible and split the costs down the middle. There were a few things we already had on hand (flour, sugar, spices) and we would divide those up and share them. Then there were some items that we would each buy separately, like condiments.  Meat, cheese, breads and produce were the main ingredients we purchased in bulk.

Armed with our four page shopping list we went to Sam’s first and then Publix to purchase everything we couldn’t or didn’t need to buy in bulk at Sam’s. We did our shopping the night before so we didn’t have to store the food for very long. Any item that didn’t need to be refrigerated we kept in the car for the next day. (We were cooking in a different location) It took us about two hours to complete the shopping. 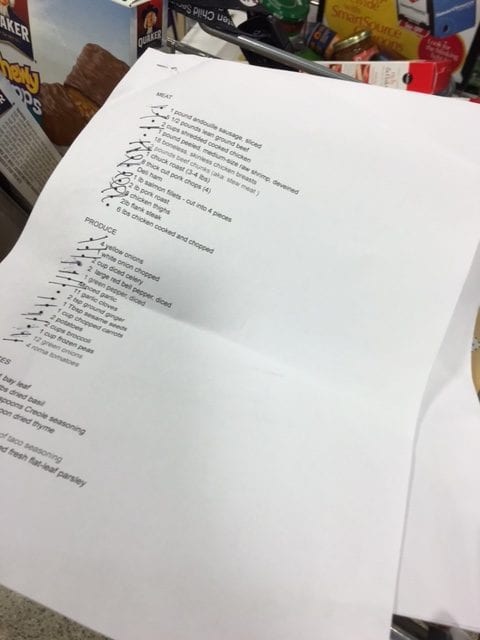 Be prepared to get weird stares when you are shopping with a friend and have a shopping cart full of meat. We were asked if we were on a scavenger hunt (huh?) and someone else commented that we took our shopping very seriously. 🙂

Before you get started cooking, look over all your recipes and directions so you can create a cooking plan for the day. One mistake we made was making most of the easy meals first. We accidentally saved the chicken cordon bleu, jambalaya, stuffed shells, and lasagna roll ups and those were the most time consuming recipes on the list.

If we use this same list again I would start with some of the more difficult meals to assemble first so that towards the end of the day we have easier items to make when we’re tired of cooking. 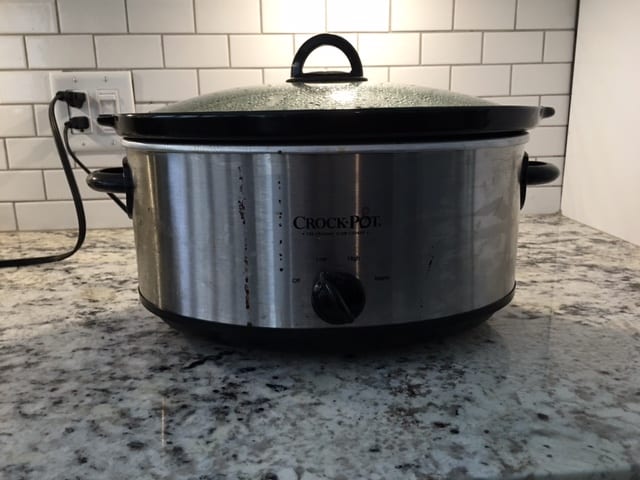 Also, some of the meals require the ground beef or chicken to be cooked before freezing. As soon as we began we started cooking chicken in the crock pot so it would be ready to shred by the middle of the day. Next time I would probably cook the chicken the night before so that we weren’t waiting on chicken to cook. We also cooked all of the ground beef first thing in the morning and stored it fridge until we needed it.

We chopped almost all of the vegetables right away so that it would be quicker to assemble the meals.

Basically we did all the prep work first thing so that assembling the meals was quick and easy.

Planing this out before you get started will help things go faster and smoother.

We were fortunate to have a large kitchen to use for our cooking day, but if you are cooking in your home, make sure your counters are completely clear, your sink is free of dirty dishes, and no one is planning on using the kitchen that day.

We started with the easy meals (meat, marinade, veggies in a bag) so we could get some recipes crossed off our list early on in the day. We started at about 9:30am and by noon we had made ten of the recipes (which was about 23 meals).

For lunch, we took a break and went to Chick-Fil-A. If that isn’t in the budget, I would recommend having something that is ready-to-eat for a quick lunch. We liked the break and it allowed us to regroup for the afternoon. 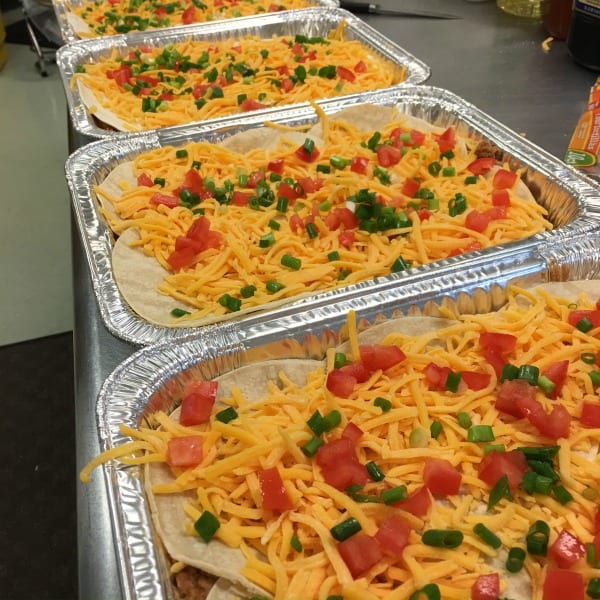 We stored the finished recipes in the fridge and didn’t freeze anything until we got home.

After lunch we made the other ten recipes, cleaned up, loaded up our meals and headed home. We were both home by about 5pm.

What I learned from my freezer cooking day.

Making the recipe and grocery list was VERY time consuming. I’m only exaggerating slightly when I say that I spent as much time looking for recipes and organizing our list as we did cooking. I wanted to come up with some new recipes (because my kids are tired of the same old, same old) so I started on Pinterest, did some google searches, and used a few recipes from Freezeasy.

I wanted to make sure every recipe we used was freezer friendly because people often talk about how they have tried freezer cooking in the past but the food didn’t taste good. I believe it’s because the food is improperly frozen or the ingredients in the recipe weren’t freezer friendly.

Getting all the ingredients into one list was also a chore, but I figure if we work from these recipes again it was worth the extra work because we already have a list and if we didn’t like a recipe it is easy to make minor modifications.

There are some freezer cooking services out there that give you recipes, shopping lists, and prep directions, which I think is worth paying for after doing it myself.

Print out your recipes before you get started. I thought we could work from our computers, but it was hard to scroll with dirty hands, you couldn’t really cross anything off, plus it was difficult for two people to work from one digital list. We ended up printing out our recipes halfway through the day to make it easier to work.

Get help. My friend and I have both have twelve year-old daughters who love to spend time together and love to cook. They were a huge help to us, they assembled a few recipes, did most of the vegetable chopping, shredded the chicken, and washed dishes.

Don’t leave the hardest recipes until the end. I mentioned this earlier, but at 4pm when I was covered in ricotta cheese and ground beef and my friend was trying not to barf as she dredged the chicken cordon bleu, we realized that these recipes would have been much easier to make seven hours earlier. 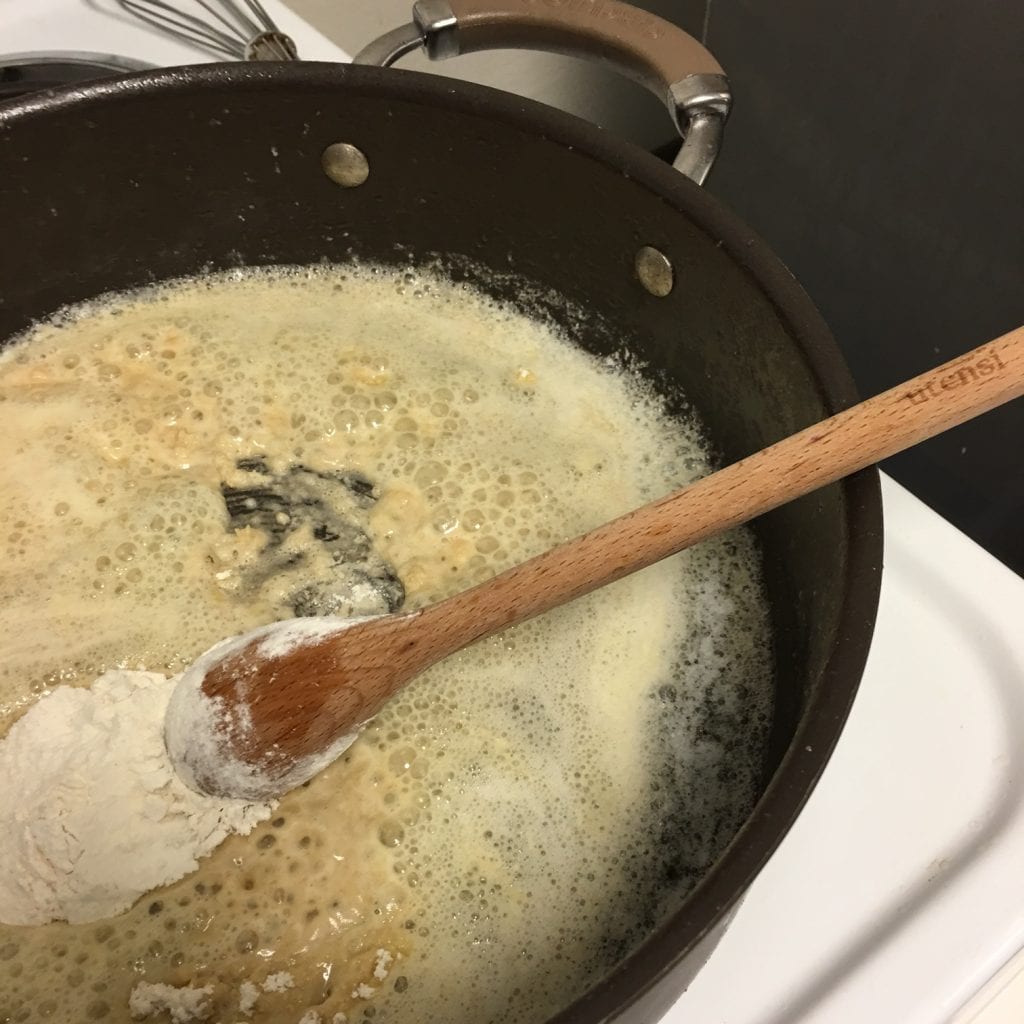 Do the dishes as you go. For the first two hours we had someone on dish duty most of the time. I don’t have enough pots, pans, bowls, and spoons to make this many meals at once, so having a continuous supply of clean dishes is very helpful. We switched off dish duty so no one got stuck doing dishes all day.

Cool the food before freezing. After we prepped a meal it would go in the fridge. Everything was totally cooled down before it was frozen. This keeps condensation from forming on the inside of the container and making the food taste soggy or freezer burned.

Use heavy duty foil and freezer bags. Don’t skimp on the foil or the bags. Use bags designed for the freezer. You’ll have less chance of leaks and of the food getting frosty in the freezer.

We had more food than we expected. Some of the recipes actually made two meals, and other recipes, when doubled, actually made three meals. When we were finished prepping all the meals we divided them up (23 meals / 23 meals). Then we looked at the leftover eight meals and picked what we thought our family would like best.

It is WAY more fun with a friend. There were only fleeting moments when this felt like work because we were able to talk and laugh as we went along. If you can find a friend who is willing to cook like crazy for a day I highly recommend pairing up and splitting the work.

Not only will you end up with double the meals in half the time, you can switch off jobs throughout the day so it doesn’t get overwhelming.

I ended up spending approximately $250 for the ingredients and came home with 27 meals. So I averaged a little under $10 a meal for six to seven people. (I will not have leftovers from most of these meals, which is fine because my family doesn’t seem to want to eat them anyway).

Almost all of the recipes involve no prep to serve. They can either be baked in the container they were frozen in, or thawed and dumped in the crock pot.

I would absolutely do it again. It was so much fun to cook with my friend and my family has been enjoying delicious, homemade meals for the past week. We are keeping track of what meals were a hit and what meals missed the mark, so far we are 5/5 in our family approval rating.

If you are unsure about taking on an eight hour freezer cooking project start with ten meals. We had thirteen meals (each) finished in about two and a half hours. If you aren’t up for taking on such a big job, use a service such as FreezEasy to get recipes, shopping lists, and prep directions all in one place. You will still save a ton of money and have great meals for your family for a few weeks with only a few hours of work.

I would encourage you to try freezer cooking with a friend at least once. If you don’t love it, you’ll at least have some delicious dinners for your family. You have nothing to lose!