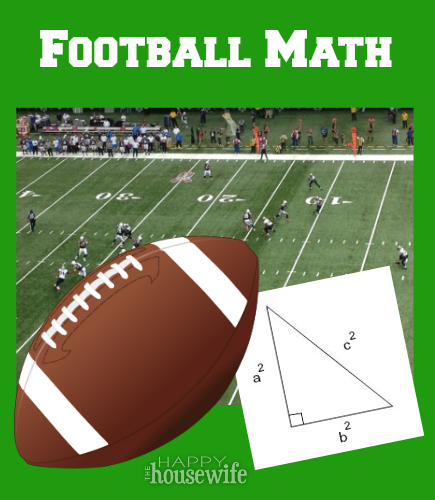 Have you ever thought of football as a mathematical sport? Football is a game of numbers. Teams and fans keep track of yardage, tackles, and the score. It can be a great way to get your young football fanatics to become fans of math, too! Here are some ways to do football math with your kids.

Calcualting the score of football games can be a great lesson in addition and multiplication. You can give them different scoring scenarios for a game and let them calculate the final score.

First, you’ll need to make sure they know how football is scored.

extra point after a touchdown = 1 point

Next, give them scenarios such as:

In the first quarter, the team scored a touchdown, an extra point and a field goal. How much did they score?

The team scored 4 touchdowns, 3 extra points, a 2 point conversion and a field goal. How much did they score?

You can make this as easy or as complicated as you want.

You can also use this football scoring sheet to help them keep track of points as they watch a football game.

Calculating Running Distance at an Angle

In football, when a receiver gets the ball, he will run straight to the endzone. The job of the defending team is to stop him. Odds are that the defender will have run at an angle to try and catch the ball carrier. The defender needs to do some quick math. 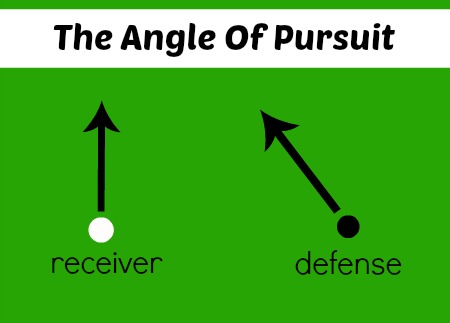 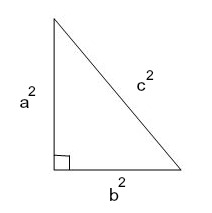 Using the Pythagorean theorem, a² + b² = c²,  we can calculate the distance a defender needs to run to catch the ball carrier at a given point. 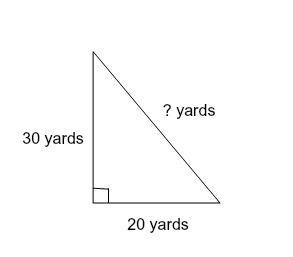 To intercept the receiver at the end zone, the defensive player would have to run 36.06 yards. With the information you now have, you could even have more math fun and calculate the angle of pursuit.

What other football math calculations can you do?

Think of more on your own! Have fun!