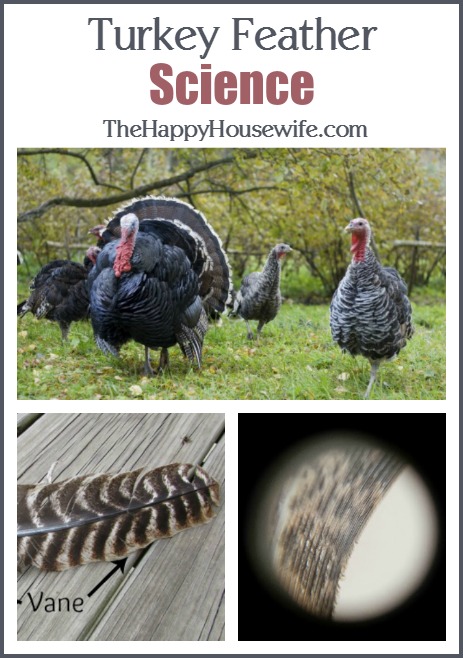 In the woods behind my parents’ house, we often hear the familiar call of wild turkeys. We see them at the forest edge as they move into the pasture to feed.

Each time we visit Grandma and Papa, my son has to go on a hunt for turkey feathers. He knows right where to go. Between the pasture and the thick brush at the edge of the woods, there is a clearing still under the canopy of trees where the turkeys like to visit. There is always at least one turkey feather to be found.

Being the homeschool mom that I am, I decided to use his found treasures as a science lesson.

Turkey feathers are great feathers to study because of their size. You can see the structures of the feathers more easily on a turkey feather than on a small sparrow feather you might find in your yard. 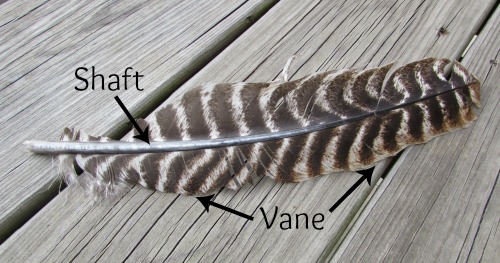 You can see the central shaft of the feather holds the feather to the body of the bird and gives the feather its structure. The part of the shaft that extends under the body is called the calamus. (The calamus of this feather is missing. I’m guessing it was hit by a lawn mower.)

The part of the shaft that is seen outside of the body of the bird is called the rachis. The vane of the feather is made up of barbs that extend out from the rachis. 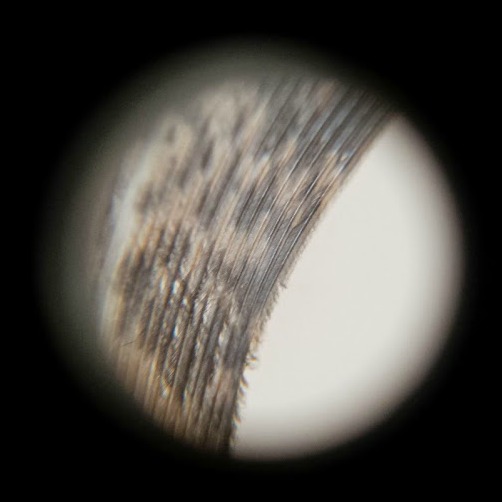 These barbs have tiny barbules with hooklets that tie each other together and give the feather its smooth appearance and shape. Using a hand-held magnifier, you can easily investigate the tiny details of feathers that give them their unique properties.

Where To Get Turkey Feathers