The following is a post from contributing writer Stef. 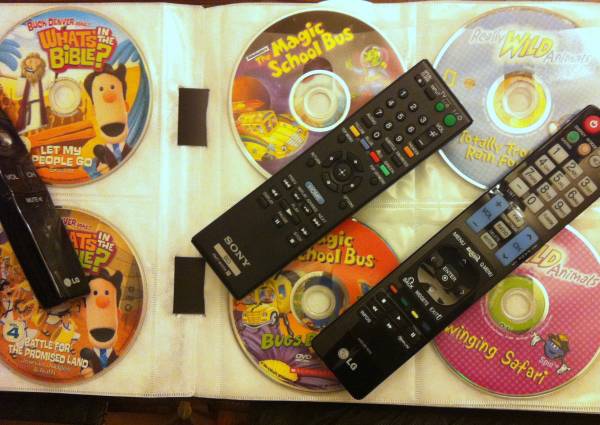 I used to get so mad when my boys woke up and asked to watch a television show before eating breakfast!  Any break in homeschool lessons and they were holding remotes asking to turn on a show.

It was amazing how my oldest son turned into the TV Guide on Saturdays and knew every television show that was on every hour.  Even the ones we never watched.

We didn’t watch that much television as a family.  For some reason because we had a television (and only one in our living room) the boys felt it should be on all.the.time.

I decided they could not watch “fun shows” until school was finished and chores were completed.  (fun shows having little educational value).

I realized they were only asking to watch television because I had been relying on it.

Rather than beat myself up I accepted the fact that “mommy moments”.  I purchased educational dvds: What’s In The Bible, Magic School Bus, National Geographic Really Wild Animals, and Nest Learning.  We also went to our library weekly for learning dvds like Squibs and Schlessinger. (be careful of library fines though – we learned they add up … quickly).

Wouldn’t you know my son is a visual learner, so the dvds have been a fantastic supplement!

We also invested in Netflix.  Now after dinner our family watches educational shows together – it’s the best reality tv!

Rather than fight the television monster I’m using it to enhance learning!