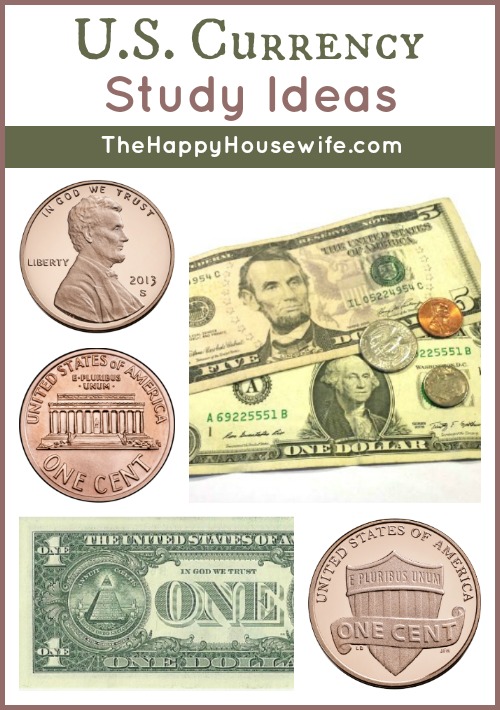 Have you ever looked at your money? I mean have you REALLY looked at what is on those pieces of paper and metal discs? All those designs, letters, numbers, and symbols have meanings. In this U.S. currency study, you’ll see that money is basically a civics lesson in your wallet!

Look at the dollar bill. It is full of images and symbolism. You might want to grab a magnifying glass so you can see all the details.

The circle on the left side of the dollar bill contains a large pyramid composed of 13 rows of building blocks. Roman numerals representing 1776 are printed on the first row of the pyramid. The pyramid in uncapped to symbolize strength and duration. The capstone of the pyramid is floating above the pyramid and contains an eye. This eye symbolizes divine providence.

The Latin phrase “Novus Ordo Seclorum” is found under the pyramid. It translates to “A New Order of the Ages” referring to the new form of American government that the founding fathers created. The Latin phrase Annuit Coeptis arches over the pyramid and means “God has favored our undertaking.”

One of our nation’s great symbols, the bald eagle, is found inside the circle on the right side of the dollar bill. The eagle is holding 13 arrows in its left talon, signifying war, and an olive branch in its right talon, signifying peace.

On the eagle’s breast is a shield. The shield consists of red and white stripes with a blue bar above it representing Congress. There is a ribbon in the eagle’s beak with the words “E Pluribus Unum”, meaning “one nation from many people.”

Above the eagle’s head are 13 stars representing the 13 original colonies.

Now let’s look at a penny. 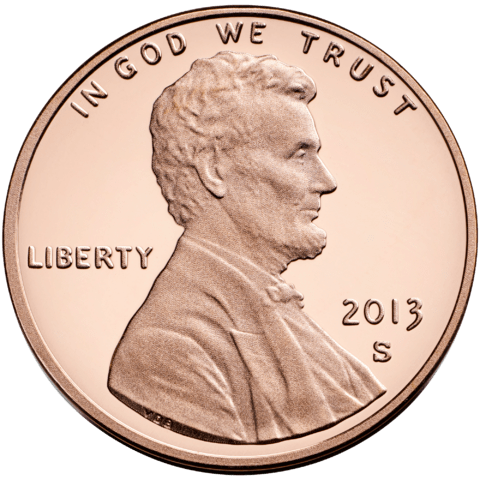 On the front of the penny, you can see a picture of our 16th president, Abraham Lincoln. Across the top of this side of the penny are the words of our national motto, “In God We Trust.” This motto has appeared on all American currency since 1955. 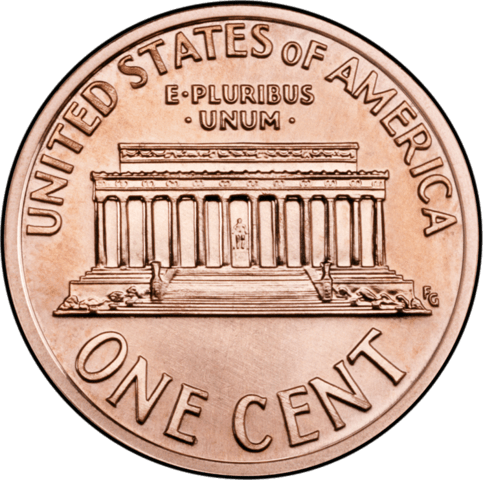 Pennies created in 2009 depicted one of four different scenes from Lincoln’s life on the reverse side of the coins in observance of the bicentennial of Lincoln’s birth. 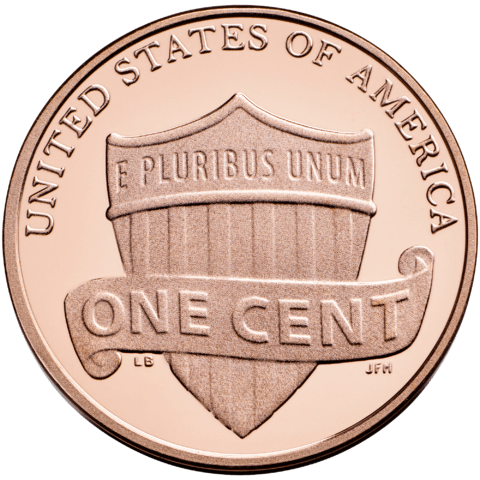 All pennies since 2010 have featured the Lincoln Union Shield meant to symbolize Lincoln’s preservation of the United States as a single, united country.