Let’s say your little pirate wants to take a trip out to sea, the pool or just the bathtub. He or she will probably need to take supplies. It would be helpful to know which of the supplies sink and which ones float.

Sometimes, kids can just guess and be right. Other times, they are surprised at the result. You can explain to them it’s all about density, but that probably won’t mean much. Try this simple sink or float experiment with your buccaneer to help them learn about and understand density. 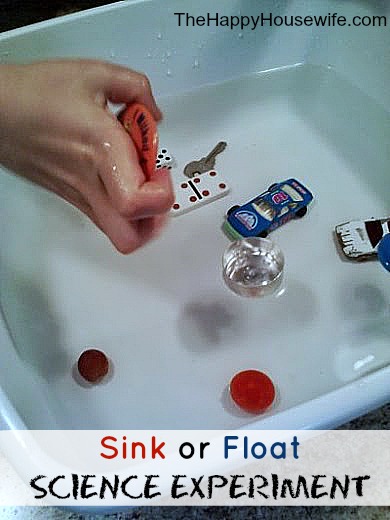 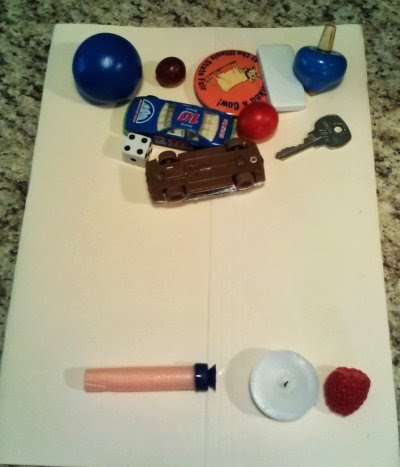 Why Did It Sink or Float?

A determining factor in why objects sink or float  in water is density. If an object sinks in water, then it has greater density than the water. Density is a measure of an object’s mass relative to its volume.

The more dense an object is, the more mass it contains in one unit of volume. For instance, if you had two blocks and each one was 1 cubic inch in volume, but one weighed 6 ounces and the other weighed 12 ounces, the block with the mass of 12 ounces would be more dense. It would have a greater density and might cause it to sink.

My 8 year old son explains it this way…

This is a simplified way to say that objects with a lower density have more space between their molecules, like the Nerf bullets. Keys, on the other hand, are made of dense metal. The molecules in metals are tightly packed. This is what makes them more dense.

Knowing what you now know about density. Why do you think you obtained the results you did in your sink or float experiment? What do you know about the density of the objects?