How to Get Rid of Black Ants - The Happy Housewife™ :: Home Management
4shares

Last week I had a black ant problem in my bathroom. Little black ants were swarming all over my bathroom counter. I needed to get rid of black ants!

After trying to wipe them up, I realized I was losing the battle. So, I did what any tech savvy housewife would do and asked my Facebook friends how to get rid of these ants!

I received tons of helpful pest control advice, including the following ideas:

Since I had a few cinnamon sticks leftover from Christmas I decided to place a few in my bathroom. A few hours later all the yucky ant friends were gone.

I was surprised that it worked, but after researching it a bit I found out that ants dislike powder (I used sticks, so obviously this wasn’t the reason) and that they don’t like the smell. 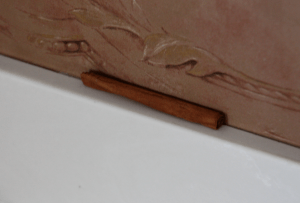 I noticed that a few days later I had one or two ants back in my bathroom. I’m going to put some cinnamon powder down tonight and see if that keeps them away for a while.

I also tried the bay leaves, but they didn’t work as well. It could have been because the jar of bay leaves I had was very old.

This made a gigantic mess in my pantry and kitchen and cinnamon powder is not easy to clean up once it’s mixed with dirt and other kitchen debris.

I have since discovered this simple way to get rid of ants using a homemade solution. You might have these ingredients in your home already and this mixture has helped me get rid of ants for years.

Remember once you remove the ants from your home, seal up windows and entry areas with caulk. This keeps the ants out, especially in the winter months.