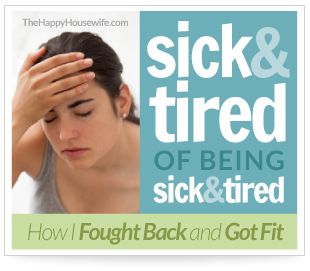 Five months ago, when I realized I needed to make some changes in my life, I figured out that what I really needed to do was change my habits. I’d always viewed working out every day as something I didn’t have time to do. I justified some poor eating habits with the fact that I had a bunch of kids and was too busy to eat any better.

But I wasn’t too busy.

I’ve always made time for the things that were important to me, even if it meant giving up something else.

For years I was in the habit of drinking a soda at lunch. It was just part of my routine. To break that habit I needed to replace my soda habit with a new one. Now I have a habit of filling up my water bottle every morning and keeping it with me throughout the day. It’s my new habit.

When I started going to the gym I made a point of going at the same time every day. After a few weeks it became a regular part of my day. So much so, that if I didn’t go at my regular time I felt like something was wrong.

Most of us are creatures of habit and like a routine. But oftentimes our routines are not the best for us. Think of ways you can change your current routine and replace some of your bad habits with some good ones.

I was able to replace several of my bad habits with good ones over the past several months. But even if I had only made one or two small changes I would have seen benefits.

If you are overwhelmed and don’t know where to start, commit to making one small positive change this week.

Just one thing. It might be a change in your diet, exercise, schedule, or sleep habits.

Decide on your small change and then let your family and/or friends know you are committed to sticking to it. Ask them to hold you accountable and encourage you as you fight back and get fit.

I’ll be checking back with you next week and sharing some of my favorite exercises you can do at home that will help you feel and look great!