Earlier this month I was able to visit Chick-Fil-A’s corporate offices in Atlanta, Georgia. While it didn’t take much convincing to attend this event, I came away with an even greater appreciation for the company and their corporate values. 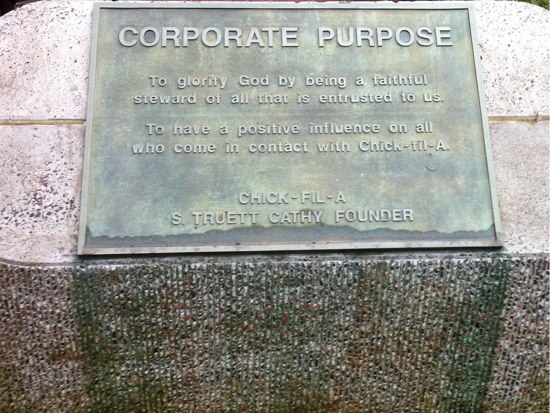 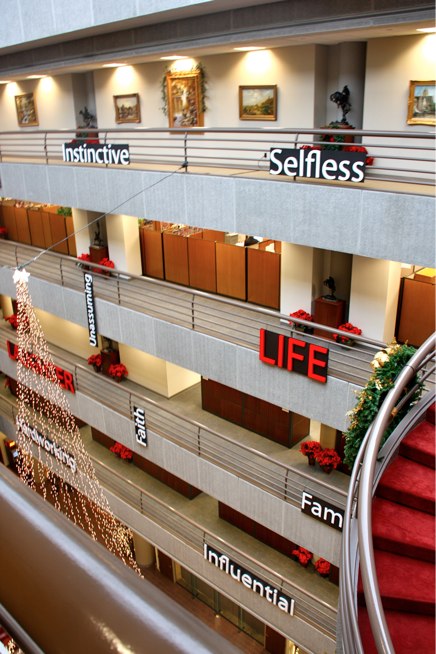 Inside the corporate headquarters.

I’ll let you in on a little secret, one of my favorite meals at Chick-Fil-A is the kid’s meal. Who can resist those nuggets?

But, I know not everyone wants to feed their children nuggets and so does Chick-Fil-A. Starting January 9, 2012, Chick-Fil-A’s around the country will be rolling out their new kid’s meal options.

Not only will you be able substitute fruit for the fries, you also have the option of choosing a new entrée that is debuting as the most nutritious kid’s meal in America! I was able to try the new kid’s meal last month and it was delicious! The chicken tasted great and even though I LOVE Chick-Fil-A fries it is nice to have other options on the menu.

The best thing is that if you live in the Orlando area you can join me at the Waterford Lakes Chick-Fil-A on January 14 at 3pm with your kids to try the Chick-Fil-A kid’s meal for free! Not only will there be free kid’s meals, there will also be a visit from the Chick-Fil-A cow and backstage tours of the restaurant!

Space is limited for the Chick-Fil-A Kid’s Meal Party so you’ll need to fill out the form below if you would like to attend. After we reach our limit I’ll start a waiting list in case of cancellations. You’ll be notified regarding your spot as soon as possible.

We have reached our limit for the Chick-Fil-A party. If you would like to be placed on a waiting list please fill out the form.
0shares
« Giving Back this Christmas Season
Book List 2012 »